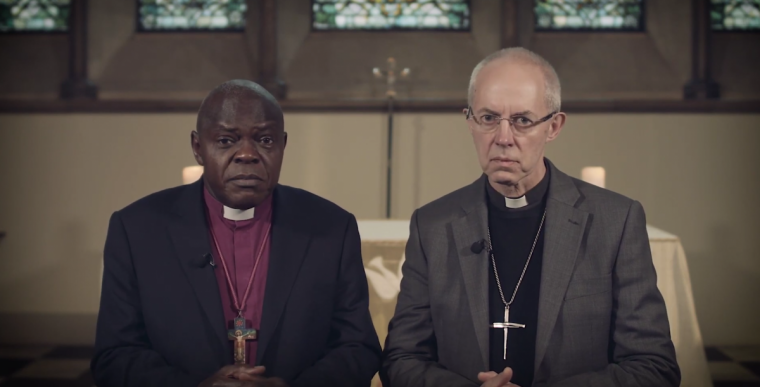 The Archbishops of Canterbury and York are pleading with members of the public and those standing for election next month to “reject the language of prejudice” and “not to stoke stigma or hatred towards people” on the grounds of their religion, culture, origin, identity or beliefs.

In a pastoral letter released ahead of the General Election on December 12, the Archbishops ask parishioners to “honour the gift of truth, both to speak it and to seek it”, and to engage with the political debates of the day with humility and love.

They also call for respectful engagement on social media.

“As followers of Jesus Christ each of us is called to honour the gift of truth, both to speak it and to seek it,” they write.

“We all have a responsibility to speak accurately, to challenge falsehoods when we hear them, and to be careful to separate facts from opinion.

“Offering facts and opinions should be done with humility and in love. People who hold different political views are not our enemies.”

They go on to state that Christians have a role to play in building bridges and healing divisions, adding that they will be praying for “debates that seek to unite rather than divide, to bring us together and to rebuild trust in each other, in our institutions, and in our politics”.

“If we leave our echo-chambers and make a conscious effort to listen to people and ideas we disagree with it will help us understand where others are coming from in this election period, even though we may disagree vehemently,” they say.

“As Christians, in recognising God’s image in others who are not in our own image, we can start to build relationships that bridge political divides.”

Elsewhere, they write of their prayers for those in public office who “face huge responsibilities and challenges”, that they would “seek the common good and justice”.

They also tell Christians that taking part in the important decisions of the day “includes fulfilling our democratic duty to vote”.

“We call on all standing for election to reject the language of prejudice and not to stoke stigma or hatred towards people on the grounds of their religion, their culture, their origin, their identity or their belief,” they say.

“Several groups, especially in Jewish and Muslim communities, feel threatened and are in much anxiety. No individual or community in our shared society should have reason to lack confidence in their belonging or security, so parties must make it an absolute priority to offer positive reassurance and avoid anything that increases the perception of fear.”