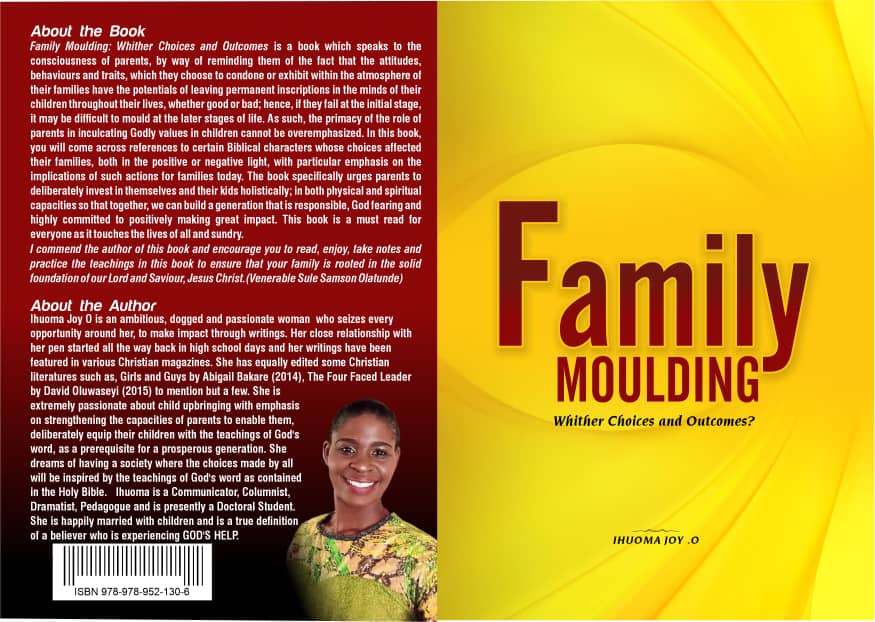 Family Moulding: Whither Choices and Outcomes is a book which speaks to the consciousness of parents, by way of reminding them of the fact that the attitudes, behaviours and traits, which they choose to condone or exhibit within the atmosphere of their families have the potentials of leaving permanent inscriptions in the minds of their children throughout their lives, whether good or bad. Hence, if they fail at the initial stage, it may be difficult to mould at the later stages of life. As such, the primacy of the role of parents in inculcating Godly values in children cannot be overemphasized. In this book, you will come across references to certain Biblical characters whose choices affected their families, both in the positive or negative light, with particular emphasis on the implications of such actions for families today. The book specifically urges parents to deliberately invest in themselves and their kids holistically; in both physical and spiritual capacities so that together, we can build a generation that is responsible, God fearing and highly committed to positively making great impact. This book is a must read for everyone as it touches the lives of all and sundry.