[SOD] – GOD IN SEARCH OF PEOPLE OF EXCELLENCE 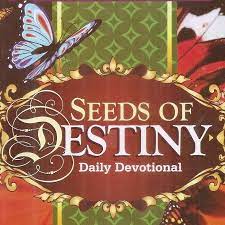 SCRIPTURE: And I sought for a man among them, that should make up the hedge, and stand in the gap before me for the land, that I should not destroy it: but I found none. Ezekiel 22:30.

THOUGHT FOR THE DAY: God is looking for people who through excellence, will take charge of territories of the earth for the Kingdom.

The Scriptures make it clear that Daniel was such a man in his generation that God was looking for. Daniel was at the top in the kingdom of Babylon; he existed at such a high degree of excellence and distinction that his relevance outlasted the reigns of several opposing kings and different empires. He was exceptional, outstanding and different from other people in his time (Daniel 1:8, 20-21); he was preferred to others who lived in his time because an excellent spirit was in him; and the king set him in authority because he was a man of excellence, distinction and relevance (Daniel 6:3).

Beloved, I want to let you know that the God who found Daniel, made him to excel and took him up to a place of authority in the Kingdom of God and that of men (Daniel 5:11-31); the God who made him a man of perpetual relevance who outlived four kings (Daniel 1:21, Daniel 6:28); the God who made him change the law of the land and made the king and the people of Babylon to recognize the living God (Daniel 6:25-27); the God who shut up the mouth of the lions and did not allow his enemies to prevail over him even when they threw him into the Lion’s den (Daniel 6:21-24), that God is your God and He can make you the Daniel of your generation.

Remember this: God is looking for people who will take charge of territories of the Earth for the Kingdom.

ASSIGNMENTS:
1. Reject the mind-set and lifestyle of mediocrity and average existence.
2. Be excellent in all you do.

PRAYER: Lord, I repent from the lifestyle of mediocrity. I embrace the excellent Spirit, Lord, in Jesus’ Name.

QUOTE: Be different! Let them see you outstanding in your class, in your office and in your community. Culled from “WHO ARE YOU?” by Dr Paul Enenche.

AMAZING FACT: The cheetah is the fastest land animal in the world, reaching speeds of up to 70 miles per hour. They can accelerate from 0 to 68 miles per hour in just three seconds. Cheetahs are the only big cat that can turn in mid-air while sprinting.

PROPHETIC WORD/DECLARATION: Receive the fresh Baptism of the Spirit of Excellence in Jesus’ Name.