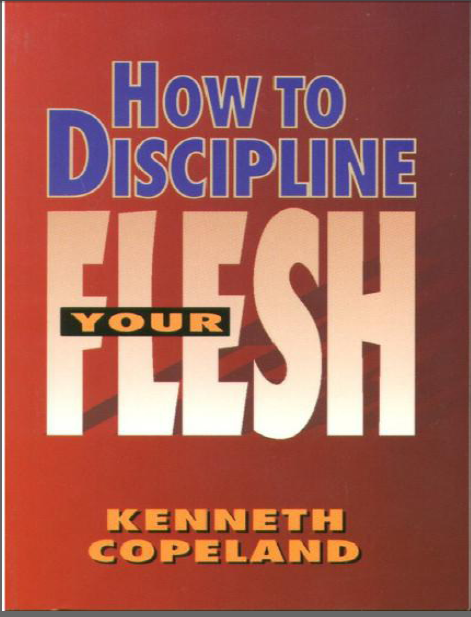 How To Discipline The Flesh

“We are more than conquerors.”
That’s what the Word of God says about us as believers. But there was a time in my life when that victorious description just didn’t seem to apply to me. I was born again; I had made Jesus Christ the Lord of my life, but something was still wrong.
Instead of living like a conqueror, I was getting conquered by everything from sickness to cigarettes to coconut pie. It’s not that I didn’t put up a fight against those things. I did! I tried—and failed—to whip them, over, and over… and over again. You know exactly what I’m talking about, don’t you? You’ve been there, and you’re not alone.
There are believers everywhere who are caught right now in that kind of defeat, Most of them have “repented and rededicated” more times than they can remember. But every time they take a fresh stand against the devil, he just knocks them flat again. It doesn’t have to be that way.