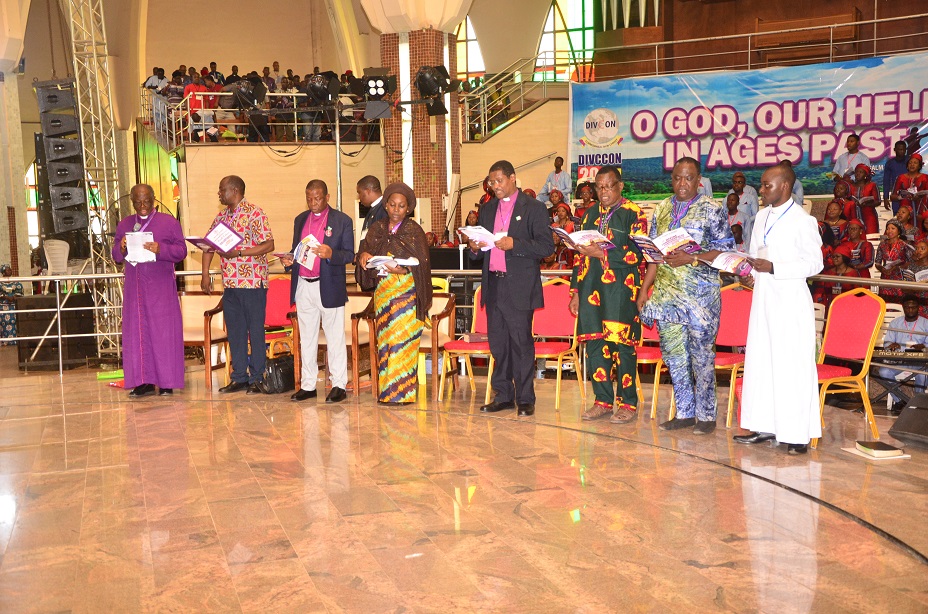 The Primate of all Nigeria Anglican Communion, the Most Rev. Nicholas D. Okoh has observed that Nigeria has experienced events capable of dividing and destroying the nation completely, and crises situations that would have destroyed many nations put together; but, according to him, the nation survived and continues to survive because of God who has been the nation’s help in ages past, her hope for today and for the years to come.

He added that the Church has gone through her own share of attacks and persecution orchestrated to not only destroy the Church, but also damage the faith of believers in Christ. Speaking at the annual Divine Commonwealth Conference held at the National Christian Centre, CBD, Abuja, the Primate said the Church continues to face attacks from herdsmen, unknown gunmen and bandits; but that God is fighting the battle for His Church and will give her complete victory.

Primate Okoh said, “In this world of uncertainties and unpredictable changes, both in people and nature, the only safe refuge is to cling to the unchanging God.”

The head of the Anglican Church in Nigeria called on delegates of this year’s conference, Nigerians and the leaders of the nation to trust in God alone, walk in obedience to His word, and He will send help to His people. He stressed that God is the only reliable help at all times and in all circumstances and that anyone who calls on Him sincerely will never be confounded.

According to him, “Kingdoms may wax and wane, nations may rise and fall, we may grow, blossom and die, but God is immortal, timeless and ageless. He is God, our help in ages past, our hope for years to come, and our eternal home.”

The Most Rev. Nicholas Okoh, who is the initiator of the Divine Commonwealth Conference and the outgoing Primate of the Church of Nigeria Anglican Communion appealed to the church to ensure that this vision does not die; explaining that it is a very unique gathering of all Christians, irrespective of their denominational affiliation.

Meanwhile at the conference, the Primate-elect, Archbishop of Jos Ecclesiastical Province and Bishop of Jos Anglican Diocese, The Most Rev. Henry Ndukuba who spoke on the theme, “O God our help in ages past”, pointed out that everyone is in need of help, regardless of their social standing; adding that where one seeks help and where one gets help matters.

He said every man, woman, boy or girl needs help to move forward and to achieve God’s purpose in life. He however added that long lasting help can only come from God and not man. Archbishop Ndukuba, who described the theme as apt said it is a call to Christians to call on God to help Nigeria, a country that is fast becoming a failed state, where all sorts of evil abound.

He said, “Times may change, but the God who is our helper, is the same for all generations.”

Also, the Bible study coordinator for the conference, the Rt. Rev. Stephen Fagbemi, Bishop of Owo Diocese charged Christians to wait on God even when things are tough and not take God for granted, because of His mercies on their lives. He admonished Christians to pray to always be at the right place at the right time, so that they would not miss out of God’s plan to move them into fulfilling their destiny. He urged delegates not to be careless about their present realities, because God can use one action to usher them into their destiny. The Bishop said God has always been with His people and He will never abandon His people, no matter the situation.

The conference featured several seminar topics, one of which was titled, “market-place evangelism: salt and light of the earth.” The speaker, Engr. Emeka Chukwuocha explained that Christians are to make intentional efforts to ensure that the Christian faith is spread at their places of work through their words and conduct. He emphasized that believers are to live out the authentic word of God not their personal beliefs; because according to him, arguments does not change the truth and the Christian faith is about the truth of the Bible not personal opinion.

The Divine Commonwealth Conference for the year 2019 had over 7000 registered delegates from within and outside the country and it featured Bible study, revival, prayers, high praise, talks on the theme and seminar topics that addressed issues in the church and society at large.