A misunderstanding that has led to slothfulness – Poju Oyemade 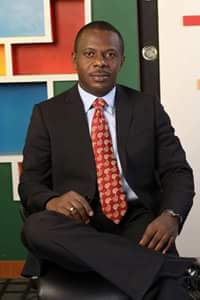 The concept of getting promoted or making progress in life not on the basis of merit but through favour that wasn’t merited has led a lot of people in this part of the world into a religious mindset that has bred mental laziness and slothfulness in the delivery of their services. People start seeking for the miracle of unmerited favour. Many have come to believe that it is not in the quality of the work that they do but whether “God’s grace” rests upon their labours.
God throughout Scripture has always positioned men for promotion on the basis of merit. The governing authorities who were in a position to promote people elevated God’s covenant ones after proper evaluation and finding them the most qualified. The quality of their work spoke for them.
They demonstrated a spirit of excellence which by definition means a quality of being outstanding and extremely good. Excellence is the quality of truly being the best at something. It is doing something rare by the execution of specific and deliberately acquired knowledge. They all demonstrated the skill to meet a need which no other known person possessed. They functioned in a realm where there really was no competition.
They therefore in the eyes of man merited the promotion they got. The question of grace came in here, the skill and knowledge they demonstrated were taught them by God and it wasn’t because they merited it but God in His mercy and by His benevolent attitude bestowed such knowledge and skill upon them. God by His grace allowed a situation where an unusual need arose so He could use that to distinguish the skill of His own.
Let’s look at a few people who experienced an unusual elevation in their lives and see how it happened. God never violates the law of cause and effect. Everything that happens outwardly is triggered by something that was done by the person.
Daniel:
Daniel 1:19-21
“And the king communed with them; and among them all was found none like Daniel, Hananiah, Mishael, and Azariah: therefore stood they before the king. And in all matters of wisdom and understanding, that the king enquired of them, he found them ten times better than all the magicians and astrologers that were in all his realm”
Daniel 6:3
“Then this Daniel was preferred above the presidents and princes, because an excellent spirit was in him; and the king thought to set him over the whole realm”
Daniel grew rapidly in a nation where he was a foreigner because of the quality of work which he did. No one among the locals could deliver such services and no other person had such mental competence as Daniel. Every time he got elevated it was because he was the most qualified. This was the same reason Joseph became Prime Minister and David excelled and entered into the national consciousness. One word competence.
Where did the unmerited favour come into play, it was in God teaching them the way to go about their business. They didn’t merit the type of intelligence, skill and knowledge God granted them. They got it because they asked Him for it.
Let’s close with these train of thoughts. A demand was made by the king and his wise men had this to say in Daniel 2:10
“The Chaldeans answered before the king, and said, There is not a man upon the earth that can shew the king’s matter: therefore there is no king, lord, nor ruler, that asked such things at any magician, or astrologer, or Chaldean”
Then Daniel responded this way in Daniel 2:17-18
“Then Daniel went to his house, and made the thing known to Hananiah, Mishael, and Azariah, his companions: That they would desire mercies of the God of heaven concerning this secret; that Daniel and his fellows should not perish with the rest of the wise men of Babylon”
The king then responded in Daniel 2: 28,48
“But there is a God in heaven that revealeth secrets, and maketh known to the king Nebuchadnezzar what shall be in the latter days. Thy dream, and the visions of thy head upon thy bed, are these;”
“Then the king made Daniel a great man, and gave him many great gifts, and made him ruler over the whole province of Babylon, and chief of the governors over all the wise men of Babylon”
Mercy granted him the competence, competence granted him the position. You cannot do shoddy work, demonstrate mental laziness, be slothful in your business and expect God to grant you favour above the more qualified.
Author: Pst. Poju Oyemade
Articles 135