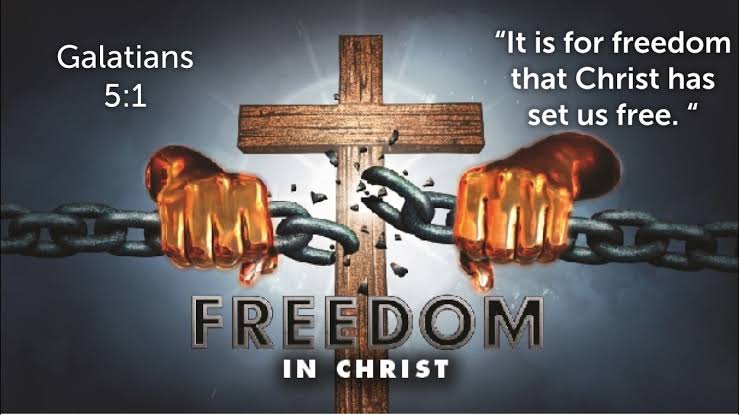 Freedom is a basic human desire, so we would expect to read about it in the Bible. While the Bible speaks often of freedom, its focus is most frequently related to the spiritual freedom a person can experience in Christ.

First, freedom in Christ is seen in contrast to the bondage of sin. Romans 6:20-23 says, “For when you were slaves of sin, you were free in regard to righteousness. But what fruit were you getting at that time from the things of which you are now ashamed? For the end of those things is death. But now that you have been set free from sin and have become slaves of God, the fruit you get leads to sanctification and its end, eternal life. For the wages of sin is death, but the free gift of God is eternal life in Christ Jesus our Lord.” In other words, sin enslaves people for spiritual death and eternity apart from God. Knowing Christ provides freedom from the control of sin and eternal life with Him.

Second, freedom in Christ is seen as the only true form of freedom, because it provides lasting freedom beyond this life. John 8:36 notes, “If the Son sets you free, you will be free indeed.” We now know the truth that sets us free as believers ( John 8:32 ).

Third, a person who has experienced true freedom in Christ is called to live as His servant. The apostle Paul was an example of this, as many of his letters began with the introduction of himself as a “servant of Christ Jesus” ( Romans 1:1 ). We are set free to serve Christ. This seems like a paradox to the non- believer, yet the freedom found in Christ gives the believer a desire to live for Christ as a servant. This attitude reflects the attitude displayed by Jesus Himself during His time on earth ( John 13:1-20 ; Philippians 2:5-11 ).

Fourth, those who find freedom in Christ also become His children. John 1:12 teaches, “But to all who did receive him, who believed in his name, he gave the right to become children of God.” As Galatians 4 also notes, we are now children and heirs of the inheritance of eternal life with Christ for eternity.
Yet this freedom does not mean sin is completely removed. Paul spoke of his ongoing struggle with sin ( Romans 7:15-20 ), yet also noted that sin no longer controlled him ( Romans 6:1-2 ). He was now a person who sought to live a transformed life because of his new life in Christ ( Romans 12:1-2 ). This included putting off old habits and developing new patterns that honored God ( Ephesians 4:22-32 ).

In short, we experience true freedom in Christ by knowing Him, walking in His ways, and engaging with the changes He makes in and through our lives as we focus on service to Him and to others. This freedom transcends the human freedoms desired in this world, providing peace in this life and freedom with Christ.