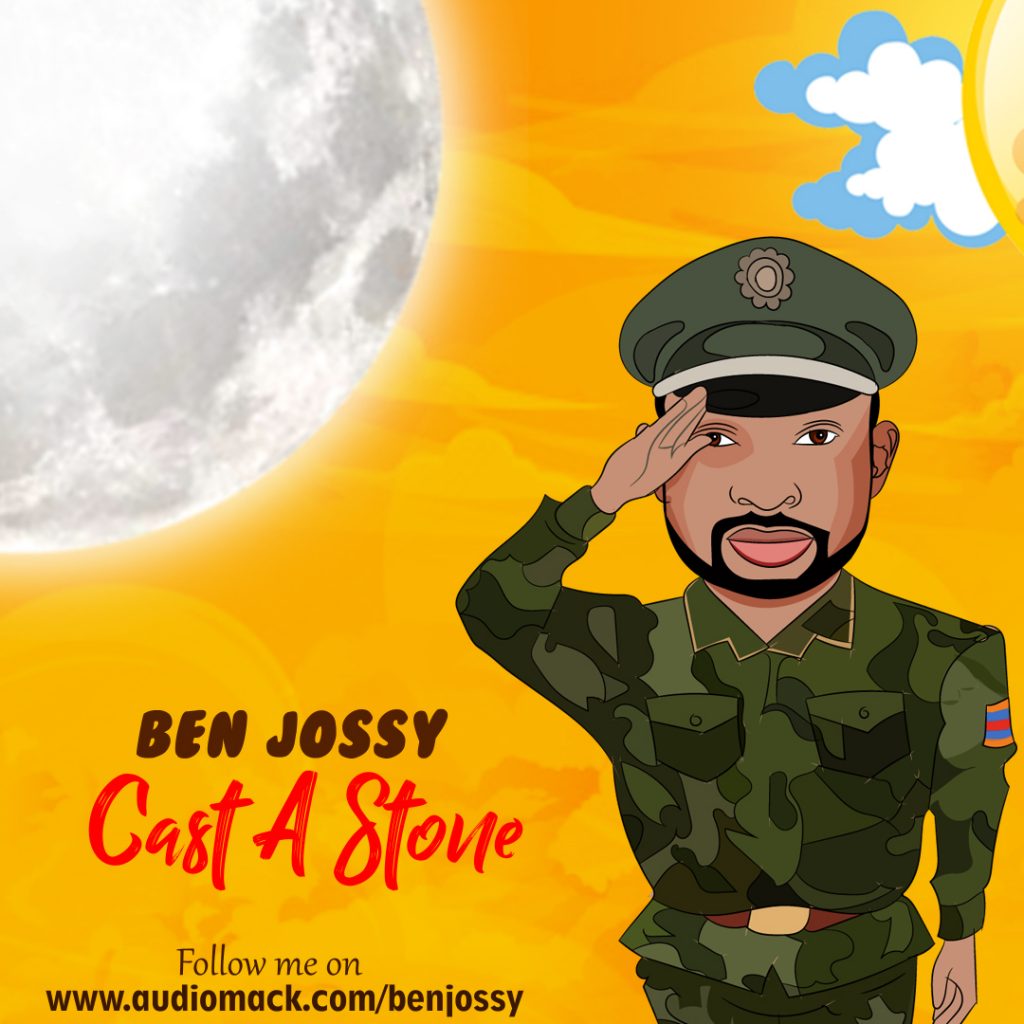 Multi-talented gospel artist, ace music producer, video director and pastor, Ben Olofu Jossy popularly known as Ben Jossy is out with a mind-blowing single titled “Cast A Stone”.
This song is off the Root of Jesse LP album which was released on 21st March, 2021. (Click here for the Root of Jesse LP).

Ben Jossy is an Idoma born music minister, music producer, video director, cinematographer and preacher of God’s word. He has been in the music fore-front for over decades and has been consistent in adding value to African music.

Cast A Stone is a rhythmic song in reggae style which was birthed out of an event in the Bible during Jesus’s ministry on earth wherein an adulterous woman was brought before him by the pharisees to pass judgement on. Scriptures recorded that rather than judge the woman, Jesus turned to the accusers and spoke the age-long epic words:

..He Who Is Without Sin Should Be The First To Cast A Stone At Her.

Ever since, the phrase has been used to discourage critical judgement without giving room to benefits of doubts and/or mercy.

In the song “Cast A Stone”, Ben Jossy did justice to the popular phrase as it forms the chorus of the song and a repetitive stanza which tells of a woman who refuses to interact with people because of one or two imperfections she feel they have about them. In the end, Ben Jossy implores her to be the first to cast a stone if she is without sin.

“She said, She will never go to church again, because of the hypocrite there;

She said, she will never go to hospital because of the sick people there;

She said, she will never go to school again because of the illiterates student”.

The song goes further to talk about the forgiving and merciful nature of God, portrayed in the story of the woman caught in the act of adultery as recorded in the Bible (John 8:3-11), how she was brought to be judge and sentenced by Jesus.

Ordinarily, she was supposed to be stoned to death or at least given a punishment according to the Mosaic Law which was in full practice then. But it is surprising and beyond comprehension how Jesus would turned the sentence around and ask whomever is without sin to be the first to cast a stone at her! The accusers being convicted of their own guilt of sin left her alone and Jesus forgave her.

Another instance was given also of Apostle Peter, a disciple of Jesus who denied Jesus thrice when he was been led to be crucified; on a normal note, Jesus would have counted Peter unworthy of being his follower, but Jesus recognises Peter’s weakness and shortcoming as a human and forgave him and reinstalled him as an apostle.

Rehab, Mary Magdalene, etc where some of the persons mentioned in the song who by all standards were unqualified to have their name even mentioned amongst faithfuls but by an act of God’s loving kindness, their lives were changed and redefined and played roles in the liberation of Israel and in Jesus’s ministry on earth.

In summary, the song implores us to tamper justice with mercy and always look beyond the wrongs of others as we ourselves are often found wanting in some areas, and it is only by God’s mercies and grace that we are made worthy.