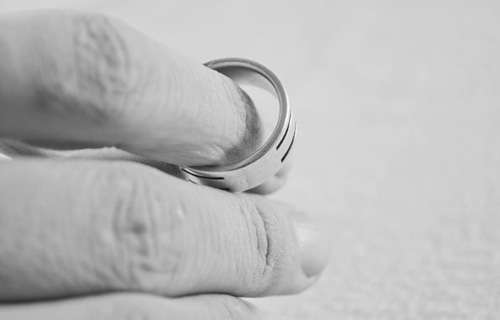 KEY WEST, Florida – Two Italian bishops are making waves after issuing public statements allowing divorced and remarried Catholics to receive the sacraments, with one apologizing for having “ignored” these couples in parish life and insisting that their decisions are in line with Pope Francis’s 2016 document on the family Amoris Laetitia.

Last week, Bishop Renato Marangoni of Belluno-Feltri in northern Italy issued an emotional apology in a Nov. 22 pastoral letter to separated, divorced, civilly married or unmarried couples, titled, “A word to share with you: I’m sorry!”

Speaking to people in families “that have experienced situations which led you to separation or also to divorce, and beyond this, to begin new unions for which some have chosen to remarry civilly or not to get married,” Marangoni said he wants to open “a relationship of awareness, respect and dialogue” with these couples.

“There’s an initial word to confide to you: I’m sorry,” he said, adding that “This word contains our awareness of having often ignored you in our parish communities.”

“Maybe you suffered attitudes among us of judgment and criticism of you,” he wrote. “For a long time, we declared that you couldn’t be fully admitted to the sacraments of penance and the Eucharist, while in many of you was the desire to be supported by the gift of the sacraments and the affection of the community,” he said.

Marangoni said it’s in these complicated situations “that personal responsibility needs to be supported and helped, precisely in its fragility,” and invited divorced or separated couples to a “friendly and family-style meeting” on Dec. 1.

Radio Spada, a well-known traditional Catholic site, published a reaction saying that even though the letter was written by a bishop, “there’s no call to abandon a gravely sinful situation that puts the eternal destiny of one’s soul at risk, no mention of the high Christian values of chastity and the holiness of the family, no reference to the unity and indissolubility of marriage.”

Yet Marangoni isn’t alone. This week, Bishop Corrado Pizziolo of Vittorio Veneto, also in northern Italy, is set to publish guidelines on the implementation of Amoris Laetitia, allowing divorced and remarried Catholics without an annulment to receive the sacraments on a case-by-case basis.

Veteran Italian Vatican-watcher Francesco Grana described the decision by Marangoni and Pizziolo as “important initiatives that mark a change in mentality, especially within the Italian Church” and are a sign “that the processes strongly desired and initiated by Bergoglio are beginning to bear fruit.”

Marangoni was appointed to Belluno by Pope Francis in 2016. Pizziolo, however, was named to Vittorio Veneto by Benedict XVI in 2008.

Amoris was the culmination of two back-to-back Synods of Bishops on the family, during which the issue of access to the sacraments for divorced and remarried couples was among the most contentious issues on the table.

In an interview published in the Nov. 24 edition of the diocesan paper in Vittorio Veneto, L’Azione, Pizziolo said Amoriswas an invitation from the pope “not only to pay attention, but also to act operatively, both in ordering the announcement of the Gospel, and in the attention, care and integration of wounded families.”

In this sense, he insisted that the guidelines – which are titled “Accompany, Discern, and Integrate” and are set to go out this week – were done “in filial obedience to the indications of the pope.”

To date, the Italian Bishops’ Conference has not issued a collective set of guidelines on the implementation of Amoris.

Though the document was published over three years ago, Pizziolo said it took his diocese that long to draft their own guidelines because of the “difficulties, perplexities and refusals by some ecclesial groups” regarding Chapter eight of Amoris, which is dedicated to wounded families and in which Francis opened a cautious door to divorced and remarried Catholics to receive communion in the now-infamous footnote 351.

“Amoris Laetitia does not intend to take away any ecclesial or canonical discipline and to therefore admit all possible situations of couples to all ecclesial acts,” he said, saying Francis “has chosen the most burdensome and tiring path: that of discernment case by case, at a personal and pastoral pace.”

The novelty for his guidelines is in “providing for certain couples who do not fully live Christian marriage, beyond what opportunities already existed before, the possibility of accessing participation in the sacraments,” Pizziolo said, explaining that the decision came from “concrete pastoral experience” on the part of priests, but also laity who work in the family arena.

“Many couples have long conveyed their suffering in living a difficult communion with the ecclesial community: a communion which they desire to live in fullness and from which they feel separated, due to the disciplinary norms which regard the divorced and remarried,” he said, noting that many of these couples “have sought tirelessly to maintain their communion with the Church, they desire to be newly reintegrated.”

Pizziolo insisted that the pope’s document does not change Catholic doctrine on “one, faithful and indissoluble marriage, even in situations that do not fully correspond to the Christian view of marriage,” but seeks to help couples in difficulty grow closer to the Church with the help of the sacraments.

Referring to critics, he said, “Obviously there is need to avoid the impression that in the Church ‘everything is changing’ and that the strength and the fatigue of remaining faithful are no longer of value.”