Making disciples of all nations: The challenges and opportunities for global evangelicalism in the next 10 years 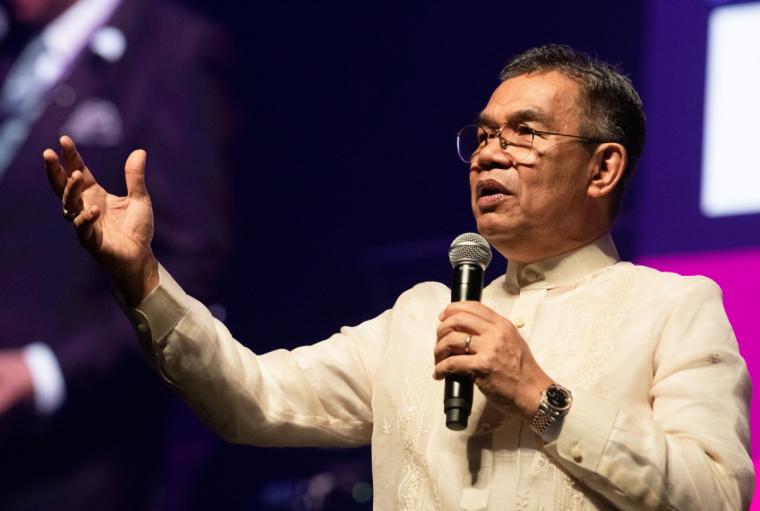 The weeklong gathering, which is held around once a decade, brought together 800 evangelicals from 92 countries to pray, worship and reflect together on the state of global evangelicalism.

In the closing session, they were commissioned by the organisation’s Secretary General, Bishop Efraim, to go out and make disciples as Jesus commanded His followers.

He spoke to Christian Today about his vision for the next decade and how he wants to see the World Evangelical Alliance expand to have a presence in every country.

CT: This General Assembly brought together evangelicals from 92 countries. What do you think has been achieved?

Bishop Efraim: Number one is the rejuvenation and revitalisation of the different national alliances, regions and all the networks. The whole WEA family has been gathered together for the first time in 11 years and our coming together is a great accomplishment.

CT: Because there were some struggles in getting to this GA weren’t there?

Bishop Efraim: Yes, the GA was supposed to be held in South Korea in 2014 but that was cancelled. Therefore, we had to have the GA after 11 years. It’s a great celebration of the ability of the WEA to revitalise.

CT: In your opening speech you talked about expansion and your vision to see an alliance in every country. Which countries would you say are the priority for you?

Bishop Efraim: The priority countries would be those where the evangelicals are a minority, particularly in the Middle East and the more closed countries. They need to be able to have an identity. The alliance provides identity, voice and a platform for collaboration.

CT: Those are challenging countries to open a national alliance in. What is the way to start establishing an alliance in those countries where it can be quite sensitive?

Bishop Efraim: The first step is to identify the presence of evangelical leaders in those countries and be able to interact with them so that we can connect with these leaders and related with them and help them to come together with other Christians in the country.

CT: One area you have just managed to gain recognition for is the Palestinian Authority, which must feel like a great achievement after 12 years of trying?

Bishop Efraim: Yes, in the territory of Palestine, evangelical Christians don’t have the civil rights. They can practise their religion but they have limited civil rights such as performing marriages and registering churches, and being able to open accounts and really function as a religious entity.

CT: You have a presence in Israel too.

Bishop Efraim: In Israel we also don’t have full recognition yet so we are also pursuing formal recognition there.

CT: During this GA there was some concern expressed among female delegates about the lack of female representation at the front and among the main speakers. During the GA, a statement affirming women in the Church was affirmed by the Assembly delegates. What follow up, if any, do you envisage?

Bishop Efraim: I would like to clarify that because we have actually equal representation of women speakers because we have had two major speakers a day and a woman in every day, and so we have enough in terms of balance. I think the lack of balance would be on the representation of the delegates. Part of that is because this is a gathering of leaders from national and regional alliances, many of whom are male, but we are trying to encourage more women in leadership, including in national alliances.

CT: To protect religious freedom is one of the most important activities of the WEA. In what ways is the WEA working to help the Christians affected by the curtailment of their freedoms?

Bishop Efraim: One of our major areas of advocacy is for the promotion of religious freedom in every country. Some of the challenges are that there are governments that are not quite as others open when it comes to recognising Christians, for example, Algeria and Cuba. These are countries where our alliances have not been able to exercise their religious freedom.

We were supposed to have representatives from Cuba and Algeria here at the General Assembly. Our representatives in Cuba were not allowed by the government to travel out of the country. Then in Algeria, the leaders who were supposed to come felt that they could not leave their country because of the interrogation of some of our leaders there and the closure of churches.

CT: How can the WEA’s senior leadership support them?

Bishop Efraim: We want to speak on their behalf. Now, as a matter of policy the WEA does not come out denouncing a particular country but we try to take a diplomatic approach to be able to speak to the leaders, to the embassies and to the governments so that we can say that as signatories to the United Nations Human Rights Declaration, that they have a responsibility to uphold freedom of religion, one of the most basic human rights.

CT: One of the things that has come up during this WEA GA is the question of intergenerational leadership. What does that look like for the WEA family in practice?

Bishop Efraim: The theme of our General Assembly was Thy Kingdom Come. We want to advance the Kingdom of God together and the best way to really advance the Kingdom of God is to have intentional, intergenerational, holistic disciple making. The Great Commission of Jesus is to make disciples of all nations and for more than 2,000 years, the Church has neglected the real intentional disciple making.

Normally, the General Assembly would be an assembly of national and regional alliance leaders but this time we asked them to invite younger leaders to join them and so we are glad that we have had a good number of the younger generation represented.

CT: You have spoken during this assembly about the need for national alliances to have financial sustainability and independence. Some of the smaller national alliances have said that’s an area they really struggle with. What kind of support do you think the WEA as an organisation can give to these struggling alliances?

Bishop Efraim: First of all, let’s understand why they’re struggling financially. Number one is because they are distant from the members of the church. Every Sunday, the pastor and members of the church will come together and they will give their offering and whatever support they can for the ministry.

What we are planning to do as WEA is to have some people to train national alliances. We will identify some people in the national alliances who can be trained on how to raise funds locally and as they do that, we can see how this can be matched by other international partners who may be willing to say that whatever amount they can raise locally, they will match it.

CT: During this assembly, we have heard about the challenges for evangelicals but it also seems like there are lots of opportunities. What do you think are areas of growth for the WEA over the next 10 years?

Bishop Efraim: One of the genius things about the WEA is the voluntary participation and contribution of the members. Almost all of the staff come with some support or they raise their own support, or they come in their own voluntary capacities. So that’s one of the strengths of the WEA. Then there is a clear vision bringing the churches together, unifying the churches so that as we are united we will be effective in the proclamation of the Gospel.

In the book by Dr Brian Stiller, From Jerusalem to Timbuktu, he said that the fastest growing religious group in the world today is evangelicals. Why? Because we are aggressive not only in the proclamation but also in the demonstration of the Gospel. We are passionate in sharing the Good News but also in living it out so that evangelicals become the salt and light in the community or society.

CT: Putting the question a different way, in the West the Church is struggling and we’ve seen a lot of decline. In other parts of the world, we have seen rapid growth. What are some of your predictions for evangelicalism in terms of future trends?

By focusing on intergenerational, holistic, disciple making that is how we can bring real spiritual renewal and revival even to the churches in the affluent countries. When we bring to them the discipleship, it speaks to the whole issues of life. Then they will begin to ask themselves: is there only money or pleasure?