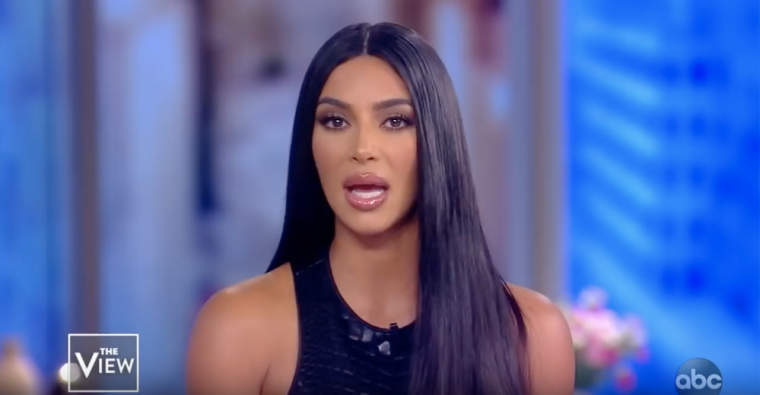 Kim Kardashian has reported that when convicted murderer Rodney Reed learned that his death sentence had been put on hold indefinitely he praised Jesus.

Speaking to Jenna Bush Hager on “Today”, Kardashian explained that she visited Reed last week when he was just days from his scheduled execution date. However, an eleventh hour ruling saw the highest court in Texas issue a stay of execution, sending the case back for further consideration.

The reality TV start said, “When we got the news it was just this overwhelming sigh of relief and hope. It was extremely emotional and he said praise Jesus and I could just feel his soul when he said that.”

Convicted murderer, Reed, was sentenced to death for the 1996 murder of Stacey Stites, a woman he was in a romantic relationship with who was found raped and murdered.

Reed has maintained his innocence for over 20 years, and Kardashian became involved in his defence after new evidence was discovered indicating that another suspect existed – Stites’ fiance at the time.

In October, Kardashian posted a message on Twitter to Texas Governor Greg Abbott, urging him to “do the right thing” in the Reed case.

“PLEASE @GovAbbott How can you execute a man when since his trial, substantial evidence that would exonerate Rodney Reed has come forward and even implicates the other person of interest. I URGE YOU TO DO THE RIGHT THING,” she  in October.

Speaking to “Today”, Kardashian said she has become passionate about criminal justice in America because she “sees how black men are treated differently.