Church of England calls Christians to repentance over role in antisemitism 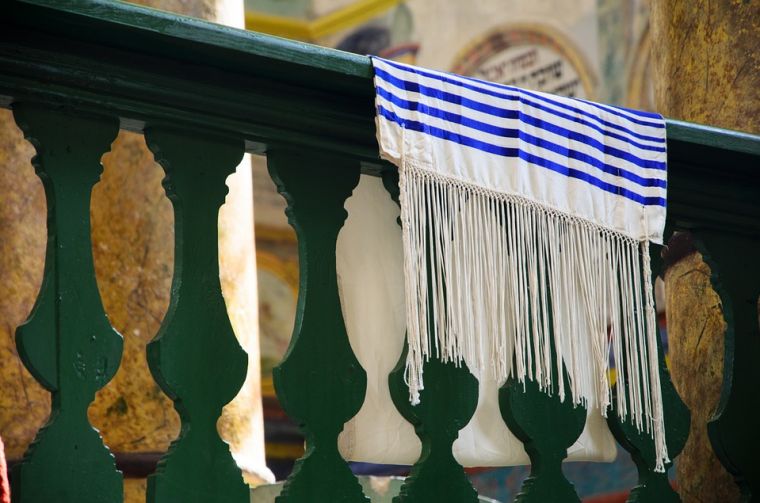 The Church of England has released a teaching document in which it acknowledges the role of Christians in centuries of antisemitism as well as its resurgence in modern times.

The document, called God’s Unfailing Word, is the first authoritative statement on the subject from the Church of England and outlines historic failings towards Jews.

These include the role of Christian theology in the negative stereotyping and persecution of Jewish people, both of which have “contributed to grave suffering and injustice” and ultimately the Holocaust. Such attitudes, the document states, have provided a “fertile seed-bed for murderous antisemitism”.

The document quotes comments by the Archbishop of Canterbury, Justin Welby, in a 2016 report in which he said that the theological teachings of the Church had “compounded the spread of the virus” of antisemitism instead of offering an antidote.

The document reflects on this further, stating: “The attribution of collective guilt to the Jewish people for the death of Christ and the consequent interpretation of their suffering as collective punishment sent by God is one very clear example of that.

“Within living memory, such ideas contributed to fostering the passive acquiescence if not positive support of many Christians in actions that led to the Holocaust.

“Recognition on the part of the Church that it bears a considerable measure of responsibility for the spread of antisemitism demands a response from the Church.”

The document has been published by the Church of England’s Faith and Order Commission and calls on Christians to repent for the “sins of the past” towards their Jewish neighbours.

It also says that they have a “duty” to be alert to the continuation of negative stereotyping “and to resist it.”

“Repentance for the sins of the past means a commitment to walk in newness of life today and to reject such misuses of Christian doctrine,” it says.

The document goes on to call on Christians to view the Christian-Jewish relationship as a “gift of God to the Church” with “unique significance”.

The Bishop of Coventry, Dr Christopher Cocksworth, Chair of the Faith and Order Commission, said: “Assumptions about Judaism and Jewish people, past and present, colour Christian approaches to preaching, teaching, evangelism, catechesis, worship, devotion and art, whether or not Christian communities are conscious of their Jewish neighbours, near and far; teasing out those assumptions and exploring them theologically is therefore a challenge that pertains to the whole Church.

“That challenge is also, however, a precious opportunity. As the first ‘principle’ underpinning this report states, we are convinced that ‘the Christian–Jewish relationship is a gift of God to the Church, which is to be received with care, respect and gratitude, so that we may learn more fully about God’s purposes for us and all the world’.”

In an afterword to the document, Chief Rabbi Ephraim Mirvis spoke of the “pain that has so often marred the long history of Christian–Jewish relations.”

He called the document “sensitive and unequivocal in owning the legacy of Christianity’s role in the bitter saga of Jewish persecution”, although he did criticise Anglican evangelistic organisations that specifically target Jews for conversion.

In his foreward, the Archbishop of Canterbury said that the Church of England still had much to learn in its relations with the Jewish community.

“As Christians, our understanding of the revelation of God in Christ is impoverished when we fail to appreciate God’s calling of and upon the Jewish people,” he said.

“In simple terms, the Church is being less than its true self when it refuses the gift of Christian–Jewish encounter. As such, I am delighted that the Faith and Order Commission have produced a teaching document to synthesize and resource the Church of England’s theology on Christian–Jewish relations.”Understanding the relationship between Christianity and Judaism is not an optional extra, but a vital component of Christian formation and discipleship. It informs our daily Bible reading, prayer and worship, as well as our relationships with Jewish neighbours, friends and colleagues.

“My hope is that God’s Unfailing Word will also impact the teaching, preaching and liturgies of Church of England congregations.“At clergy and lay levels of leadership, I believe we still have much to learn about a more truthful and faithful presentation of the gift of Christian–Jewish encounter.”

Hebrew scholar Dr Irene Lancaster was critical of the document, calling it “yet another soundbite” from the Church of England.

“The Church of England has for too long ignored the plight of the Jewish people in both word and action,” she said.

“Real repentance would be to work with Jewish scholars of note in this country, the State of Israel and the USA. This is something that the Church of England finds impossible to do.