The History Of A Changing Definition 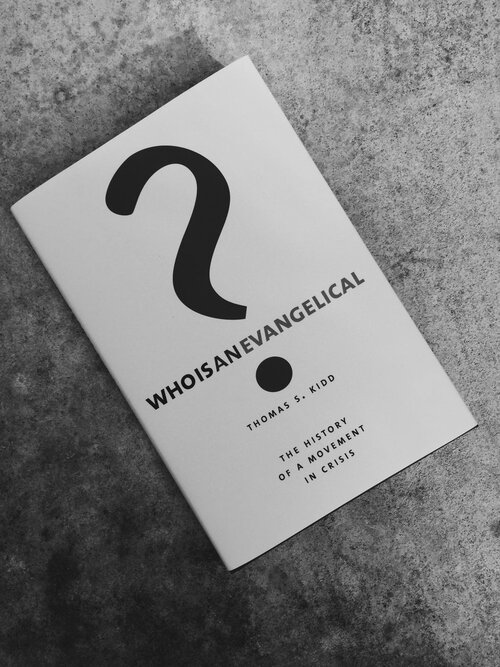 OPINION) In Donald Trump’s America, evangelicals have become the nation’s most controversial and reviled religious movement. But how much does the sound and fury about evangelicals actually signify? Non-evangelical people who follow the news may have a variety of impressions about what the term evangelical means, but one certain association people make with the word is Republican.

Another likely association is white. Many may recall that around 81 percent of self-described white evangelical voters backed Donald Trump. Polls and stories about  almost always assume the evangelicals in question are white. Some polls don’t account for any other kind of evangelical.

But that partisan and ethnic definition of evangelicals is characteristic of a turn that self-identified white evangelical voters have only taken in fairly recent American history. What went wrong with the public image of evangelicals?

The crisis of evangelicalism became increasingly conspicuous after World War II, grew more acute during the Moral Majority era of the 1980s, and then broke wide open with the 2016 election of Donald Trump. The evangelical crisis has several overlapping facets, including (1) confusion about the term, (2) an impression that “evangelical” may just mean white Republicans who consider themselves religious, (3) a sense that political power may be the essential evangelical agenda, and (4) the inability of evangelicals of different ethnicities, especially whites and blacks, to agree on basic political questions.

What does it mean to be evangelical? The simple answer is that evangelical Christianity is the religion of born-again Christians. Here’s a little more detailed: evangelicals are born-again Protestants who cherish the Bible as the Word of God and who emphasize a personal relationship with Jesus Christ through the Holy Spirit.

How then did the term get so politicized? Prompted by Jimmy Carter’s candidacy and his evangelical testimony, in 1976 the news media and polling agencies realized that the “born-again” vote was a seminal political factor. The Gallup organization in 1976 began asking people whether they had been “born again.” The emergence of “evangelical” as a common term in news coverage of politics was a major landmark in the contemporary evangelical crisis. From 1976 forward, “evangelical” would increasingly connote the white religious Republican base. Evangelical leaders enjoyed the increased media attention, but they failed to recognize that they were losing control of the public’s perception of their movement.

Many “evangelicals” in 2016 (maybe around 45%) still didn’t vote, and those who did vote had exceedingly diverse views of politics depending upon their ethnicity. Most born-again or evangelical African American voters supported Democrats. But white evangelicals who sought power in the GOP had come to represent evangelicalism itself for much of the American public. It would be easy to blame the media for this phenomenon. Much of the media cares about religion only to the extent that religion is connected to scandal, politics or conflict. But millions of practicing white evangelicals fit the media stereotype of Republican diehards, even in 2016.

How did the white evangelical alliance with Donald Trump come to pass? Mostly it just repeated evangelicals’ near-automatic performance in elections since 1952: the majority of white evangelical voters have supported the GOP candidate, whomever he might be. Yes, Trump broke the mold of conventional Republican nominees, but for many white evangelicals, there was no question about what to do on Election Day 2016, whatever their level of dissatisfaction with Trump.

This was a grievous disappointment to many traditionalist Christians, especially certain women and people of color. Yet pollsters and the media have produced countless stories about how white evangelicals keep supporting Trump in the face of virtually any controversy.

Hard information about the identity of the 81 percent is  however. There’s no question that most self-identified white evangelical voters followed the lead of Jerry Falwell Jr., Franklin Graham, and other evangelical endorsers of Trump in the November 2016 election. But many questions remain. How many of these white evangelicals voted against Hillary Clinton more than for Donald Trump? Similarly, what do these poll respondents believe about the Bible, the Holy Spirit, or other theological topics? Typically, we don’t get answers to such questions in polls, especially exit polls.

Oddities in the polling data also suggest many problems today with the category of evangelical. When polls ask about denominational affiliation as well as evangelical self-identification, a surprising number of Catholics, Mormons, and even Eastern Orthodox Christians identify as evangelical, even though historically “evangelical” has referred only to Protestants. Moreover, many self-identified evangelicals rarely go to church. This uncertainty about identity is an essential component of today’s evangelical crisis.

In spite of the term’s politicization in America, I believe that there remains a core of practicing, orthodox evangelicals who really do care more about salvation and spiritual matters than political power. In a sense, the tension between the spiritual and political goals of evangelicals has existed since the 1740s. Striking the right balance between eternal and worldly concerns is a common struggle for people of faith. Evangelicals carry the additional burden that their political behavior is constantly scrutinized, yet they no longer control the definition or perceived composition of their movement.

Polls and media coverage centered on political behavior define evangelicalism for many Americans. Surveys commonly use self-identification to define who counts as an evangelical, a method that usually tells us more about public impressions and the political behavior of the movement than about the beliefs and spiritual habits of the interviewees. Certain Republican evangelical insiders have positioned themselves as the representative spokespeople for that politicized version of evangelicalism. As is so often the case in America, image is reality.

But there’s an older version of evangelicalism—one in continuity with the history of the movement—that still exists in America and around the world. And the global growth areas for evangelicals are definitely not among white Republicans. They’re among people from Latin America, East Asia, and sub-Saharan Africa. Millions of practicing evangelical whites are part of the 81 percent. But we should not define evangelicalism by the 81 percent.

What, then, makes an evangelical an evangelical? Evangelical political behavior is important, and it has a troubling history. But at root, being an evangelical entails certain beliefs, practices, and spiritual experiences. Historically, evangelicals see conversion and personal commitment to Jesus as essential features of a true believer’s life. They cherish the Bible as the divinely inspired Word of God. They believe that real Christians have a personal relationship with God, mediated by the guidance of Scripture and the power of the Holy Spirit. They aspire to act on those beliefs by praying, attending worship services, witnessing to the lost, studying the Bible, going and sending people on missions and ministering to the “least of these.”

Partisan commitments have come and gone. Sometimes evangelicals have made terrible political mistakes. But conversion, devotion to an infallible Bible and God’s discernible presence — those are the characteristics that make an evangelical an evangelical.

Thomas S. Kidd is the Vardaman Distinguished Professor of History at Baylor University. This essay is taken from his book Who Is an Evangelical? The History of a Movement in Crisis (Yale Press, 2019).