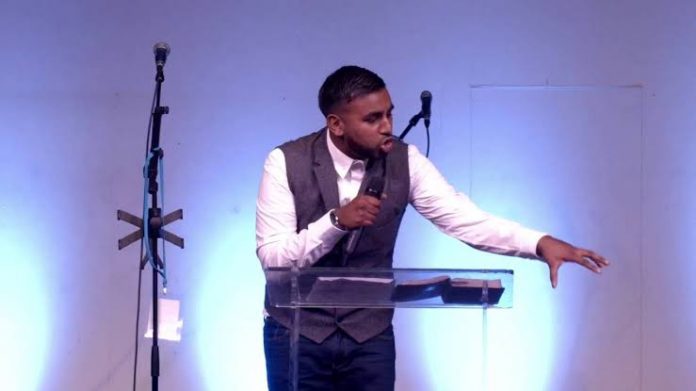 Daniel Chand is a British Evangelist from London, United Kingdom.

Born in Bedford, England, prior to accepting Jesus Christ as his Savior, Daniel was an amateur boxer in London, on track to becoming a professional boxer. He lived a life of addictions, violence & negativity and was on course to an 8-year imprisonment. Daniel began boxing at the age of 15, and his first bout was at 18 years old. Daniel boxed in Alexandra Palace in 2012, representing Haringey Boxing Club.Daniel was in this dark stage, the love of God broke into Daniels life and this led to his powerful conversion.

Not long after his salvation, Daniel would find people to pray for on the streets just as Jesus did and he began to see the sick healed and people surrendering their lives to Jesus in shopping centres, churches and even in hospitals

Daniel enrolled and graduated at the Reinhard Bonnke School of Evangelism. It was from that point Walking Like Jesus was birthed and Daniel was catapulted into the ministry at the age of 21.

As an Evangelist, Daniel Chand has preached the Gospel of Jesus Christ in many churches and countries including Great Britain, Poland, Pakistan, Austria, Abu Dhabi, Germany, and many more. Chand has had a number of TV appearances on channel 4 news, revelation TV, GOD TV and has also appeared in a number of local newspapers for his preaching and evangelism. He is well known due to his Evangelism and healing ministry videos.

Walking Like Jesus (WLJ) is now a leading voice within Europe in the sphere of Evangelism. Having formed great relationships with a wide range of denominations and well-established churches in the UK. WLJ works in conjunction with a number of Christian media outlets such as TBN UK, Revelation TV, and GOD

Pastor Daniel Chand is married to Tanya Chand, who has also been a great support to his ministry.