How Rastafarian Bob Marley Met Jesus Christ Before His Death 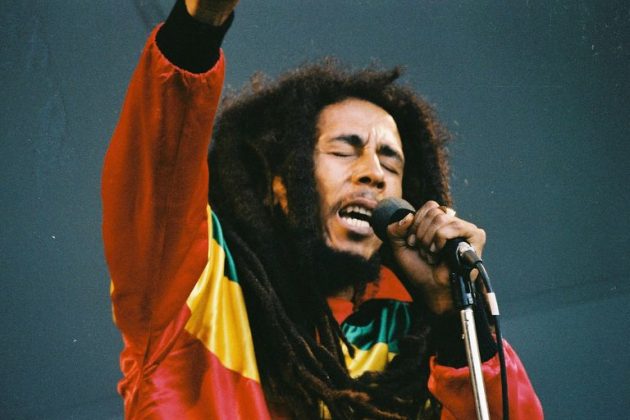 Reggae legend Bob Marley is perhaps the most famous Rastafarian in history. This unique religious movement, which originated in Jamaica in the 1930s, worships former Ethiopian emperor Haile Selassie I as the messiah. Marley routinely spoke publicly about his Rasta faith. But what most people don’t know, and many try to cover up, is the fact that Bob Marley converted to Christianity in 1980 and was baptized as an Orthodox Christian by Abuna Yesehaq, the archbishop of the Ethiopian Orthodox Church in the Western Hemisphere, just seven months before his death, 11 May 1981.

Archbishop Abuna Yesehaq baptised Marley into the Ethiopian Orthodox Church, giving him the name Berhane Selassie, on 4 November 1980, shortly before his death.

Decades after the death of legendary Jamaican musician Bob Marley, the intriguing story of his conversion from the Rasta faith to the Christian faith is circulating.

“What most people don’t know, and many try to cover up, is the fact that Bob Marley proclaimed the Jesus Christ is the Lord, and converted to Christianity in 1980,” proclaims an article that has appeared on a number of websites.

One version states, “In fact, on Nov 4, 1980 he was baptized and became a member of the Ethiopian Orthodox Church. When he was buried under Orthodox rites on May 21, 1981, it was with his Bible and his Gibson guitar!”

Other versions of the story say Ethiopia’s Emperor Haile Selassie personally dispatched a bishop of the Ethiopian Orthodox Church to Jamaica who, after Selassie’s death, led Marley to embrace Christianity and repudiate Rastafarianism.

Rastafarianism is a uniquely Jamaican religion that has a number of offshoots, but traditionally teaches that Selassie is the Messiah. The term “Rastafarian” is taken from Selassie’s title before he was crowned emperor – Ras, which is Ethiopian for “Duke” – and his given name, Tafari.

According to the story, the devoutly Christian emperor became alarmed during the 1960s at the growth of Rastafarianism, whose followers smoke marijuana as holy communion and worship Selassie

as God’s holy Messiah, believing the emperor will lead them into righteousness and prosperity.

Appalled, Selassie dispatched Abuna Yesehaq, who was made the Ethiopian church’s Western Hemisphere archbishop, on a mission to Jamaica to proclaim that Selassie himself denied any claim to deity – a message that Yesehaq turned into his life’s work.

About a decade after Selassie’s death, according to the story, Yesehaq baptized Marley, who had taken Rastafarianism worldwide and popularized the group’s trademark dreadlocks – long matted hair.

“Bob Marley is infamous for being reggae music’s ambassador to the world,” reads one version of the report on the Lion of Zion website, which promotes Christian reggae music. “He was raised in the Christian church but strayed away as a youth. He dove into Rastafari and the worship of Haile Selassie and his career exploded as he toured around the nation preaching the beliefs of Rastafari.

“It is also a well known fact in Jamaica that Marley became born again seven months before he died of cancer. Regarding this conversion, I quote two sources.

“Archbishop Yesehaq, head of the Kingston chapter of the Ethiopian Orthodox Church inJamaica, was initially sent toJamaicaby His Majesty to establish the church and to dispel the worship of Selassie.

“Selassie felt that if he personally commissioned someone to start a church that worshipped Christ and not himself, the Rastafarians would follow the true Christ.

“It was these reasonings and many others that eventually brought Bob Marley to be baptized into the Ethiopian Orthodox church by Yesehaq. This conversion is well documented in Jamaica and was strongly criticized by many Rastas.”

“Bob was really a good brother, a child of God, regardless of how people looked at him,” Yesehaq reportedly told the Gleaner. “He had a desire to be baptized long ago, but there were people close to him who controlled him and who were aligned to a different aspect of Rastafari. But he came to church regularly.”

According to Thomasos, in the reported Gleaner interview – which is not archived on the newspaper’s website – Yesehaq addressed claims that Marley’s terminal cancer was the motivation behind his conversion:

“When he toured Los Angeles and New York and England, he preached the Orthodox faith, and many members in those cities came to the church because of Bob,” Yesehaq said. “Many people think he was baptized because he knew he was dying, but that is not so. He did it when there was no longer any pressure on him, and when he was baptized, he hugged his family and wept, they all wept together for about half an hour.”

Marley, the undisputed “King of Reggae Music,” writes Andre Huie on the website GospelCity, “was an extremely gifted musician that has given a voice not only to his native Jamaica but also to every Third World citizen on the face of this earth.

every country that practices the faith. Marley was indeed a true Rastaman. So could someone please tell me, how in the world could I deduce or even dare ask the question if Bob Marley confessed Jesus Christ?
“Naturally speaking, such a question makes no sense. It’s like asking if granulated sugar is white and if black cows produce black milk. Jesus Christ and the ‘Messiah’ of Rastafarianism, Haile Selassie, are considered opposites in the Rastafarian faith. To confess Christ is the biggest blasphemy in Rastafarianism – like sacrificing the sacred cow.”

However, writes Huie, “it might be a pleasant discovery to some that Marley, just before he died, confessed Jesus Christ as Lord. In other words, he denied that Haile Selassie was God (as Rastas believe) and asserted Jesus as the true living God. If you ask me how I know this, let’s take a journey with a man who has, for years been close with the reggae maestro, who once shared similar beliefs with Bob. I introduce to you, Tommy Cowan.

“Tommy was probably closer to Bob Marley than most people who knew him were.

“’Bob Marley, of course, was gifted, very gifted person. You could probably say he never made a bad song and you know that gifts come from the Lord,’ says Tommy.

“I had the distinct privilege of rapping briefly with Tommy about Bob in an exclusive interview,” writes Huie. “Tommy is the manager and husband of famed Jamaican gospel singer, Carlene Davis. He converted to Christianity and has taken his music-wise entrepreneurship to help advance the current movement of gospel music in the region.

“As he lay back on his chair resting on the wall of his hotel room at Divi Little Bay, Tommy colorfully described the rarely spoken of experience of Bob Marley, about a year before he died.

“Bob Marley himself, before he died, he got baptized in the name of the Lord Jesus Christ,” Tommy says with much conviction.”

Judy Mowatt, a reggae and gospel singer who formerly sang backup for Marley in the group I Threes, recalled learning about Marley’s conversion to Christianity in an interview with Cross Rhythms radio. Mowatt spoke with her former bandmate and Marley’s wife, Rita, about the late musician calling out to Jesus Christ on his death bed.

“When Bob was on his dying bed, his wife Rita called me on the phone and said to me that Bob was in such excruciating pain and he stretched out his hand and said, ‘Jesus take me.’ I was wondering to myself, ‘Why is it that Bob said Jesus and not Selassie,’” Mowatt questioned. “Then I met a friend of mine and he said his sister, who is a Christian, was a nurse at the hospital where Bob was before he passed on, and she led him to the Lord Jesus Christ. So when Rita saw him saying ‘Jesus take me,’ he had already received the Lord Jesus Christ in his life,”

Bob died from cancer in 1981 at the age of 36. Yesehaq conducted the rites for the musician’s funeral.

According to the London Guardian newspaper:

“The day of the funeral began with an hour-long service for family and close friends at the Ethiopian Orthodox Church of the Holy Trinity on Maxfield Avenue, presided over by His Eminence Abuna Yesehaq, the church’s archbishop in the western hemisphere, who had baptized Marley in New York the previous November, just after his last triumphal concerts at Madison Square Garden. Bob’s baptismal name was Berhane Selassie – ‘Light of the Trinity.’

“At the end of the short service the coffin was transported to the National Arena, where the 6,000-strong congregation was assembling under the eyes of cameras and reporters from around the world.”

“Regrettably Bob was not able to leave us any post-conversion recordings,” notes the Lion of Zion website, “but he did give us some great music and a powerful spiritual legacy with his last-minute transformation.