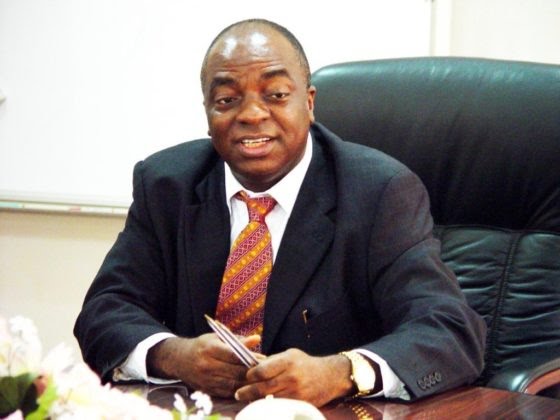 Bishop David Oyedepo is a Nigerian Christian author, preacher and the founder of Living Faith Church World Wide, popularly known as Winner’s Chapel, and its affiliated international churches known as Winners Chapel International, with headquarters in Ota, Ogun State, Nigeria. Faith Tabernacle, of which he is the senior pastor is a 50,000 seat church auditorium, reported being the largest single church auditorium in the world by the Guinness Book of Records.

Bishop David Oyedepo as fondly called “Papa” by his congregation is a distinguished man of God. Here are some things you should know about this great servant of God.

Biography
Bishop David Olaniyi Oyedepo was born in Osogbo on the 27th of September 1954 but is a native of Omu-Aran, Kwara State, Nigeria. His clan, Odo-oro (place of wealth) and family lineage believe in hard work. He was raised in a mixed religious family, his father, Ibrahim, was a Muslim healer. His mother, Dorcas, was a member of the Eternal Order of the Cherubim and Seraphim Movement (C&S), a branch of the Aladura movement in Nigeria. He was raised by his grandmother in Osogbo who was a devout Anglican. It was his grandmother that inculcated in him the virtues of Christian life. She also dug a spiritual foundation for him, upon which he has built his life and ministry today.

Education
Very little is known about his primary and secondary school education, but Bishop Oyedepo studied Architecture at Kwara State Polytechnic now Kwara State University and worked briefly with the Federal Ministry of Housing in Ilorin before resigning to concentrate on missionary work. He also gained a Ph.D. in Human Development from Honolulu University, Hawaii, United States of America.

Christian Journey
Bishop Oyedepo was born again on February 19, 1969, when he was only 15 years old, through the influence of his missionary teacher, one Ms. Betty Lasher, who took a special interest in him during his secondary school days. He first shared the gospel in March 1970 and he has not looked back since then. Having rejected a charm his father gave him, he developed whitlow on a finger on his right hand. As a secondary school student, he once challenged God to heal him of tuberculosis after his mates shifted their beds away from him, and he was healed.

Ministry
Oyedepo’s ministry began in 1981 after an 18-hour vision in May 1981 where, according to him, God gave him the mandate to preach the word of faith and liberate the world from the oppression of the devil. This led to the founding and inauguration of the Living Faith Church World Wide (LFCW), first called Liberation Faith Hour Ministries, in 1981. Two years later, he was ordained, alongside his wife, Florence Abiola Akano is now known as Faith Abiola Oyedepo to become pastors by Pastor Enoch Adeboye, the General Overseer of the Redeemed Christian Church of God (RCCG). Adeboye also commissioned the new church.

Five years later, Oyedepo was ordained as Bishop. His church which was also known as the Winners Chapel began to flourish. The church started in in Kaduna but moved to Lagos, the then capital of Nigeria in July 1989.

Bishop David Oyedepo’s Faith Tabernacle, Ota, which he heads, seats 50,000 people. It is reported to be the largest church auditorium in the world, benchmarked in the Guinness Book of Records in 2008 and 2009. It was built within 12 months, debt free, a feat which many describe as only a “miracle” as it should take at least three years to complete such edifice. This 50,000-seat edifice was dedicated on September 18, 1999, under the administration of former President Olusegun Obasanjo.

The Canaanland estate also has for-profit establishments, operated by the church such as a bakery, a bottled water processing plant, a petrol station, various restaurants and shopping stores, several residential houses that provide for the over 2,000 church employees, and guesthouses. Four banks are also present on this estate, three of which are branches of external commercial banks and one which is a community and micro-finance bank operated by the church. The whole of Canaanland which includes a proposed 15,000 housing estate known as Canaan City had increased to 17,000 acres as at 2012.

His programme “Shiloh” which is nicknamed the “gathering of millions” because of the crowd always in attendance, is hosted by this beautiful auditorium every year.

Kingdom Heritage Model School, Canaanland, Ota is a private school (crèche – primary), born out of a vision given to Bishop David Oyedepo by God. The school came to fulfilment on the 13th of January, 2003 and was dedicated to God same day and in that dedication service, God’s servant announced that the essence of setting up this great institution is to raise high-ranking spiritual giants that will bring honour and dignity to their fatherland. One hundred and fifty pupils registered into their various classrooms on resumption.

The school, is the secondary counterpart of the KHMS, having an impeccable vision of raising a breed of intellectually and spiritually sound future leaders, took off on the 25th of October 1999 and graduated her first set of a student from the Senior Secondary School by 2003/2004 session.

The facilities on the ground now were there before inception and they are a practical display of sound architectural and engineering skills. The school layout comprises the following structures and facilities:

80 classrooms for Junior Secondary (JS) and Senior Secondary (SS) schools.
2,400-seater dining hall
2,400 capacity Boys and Girls Hostels with orbit fans and water heaters
An ultra-modern ADMINISTRATIVE Block with a standard fully air condition Board Room.
An ultra-modern, well-equipped, multi-Purpose Science Laboratory, which can comfortably sit 95 students at a time.
Well-equipped Agricultural Science, Biology, Chemistry and Physics Laboratories, each of which can comfortably sit a minimum of 60 students at a time.
A well-equipped Home Economics Laboratory
A music laboratory with modern musical instruments
An Introductory Technology workshop for wood-work, metal-work, and auto-mechanics.
An Ultra-modern computer centre with 50 units of computers
Fully air-conditioned ultra-modern library complex.
A standard sickbay.
A mini-stadium (sports complex) under construction
Fully air-conditioned staff rooms.
A modern cold room for the storage of food items in the kitchen.
He has set up three universities without government assistance; Covenant University, Ota, Landmark University at Omu Aran and Crown University at Calabar. Covenant University was ranked second of all federal, state and private universities in Nigeria and 25th in Africa in July 2014 Webometric Ranking.

The DOF offers a scholarship program to individuals who are willing to acquire a first degree at the prestigious Covenant University and Landmark University in Nigeria. It covers the full academic fees for a 5-year duration of the study and in some categories, travels and living expenses for the duration of the course of study.

Oyedepo Net Worth, House
Oyedepo is the wealthiest preacher in Nigeria, according to Forbes magazine. Having a net worth of over $150 million, the Bishop is also mentioned as the richest pastor in the world. His ministry owns four private jets and several buildings around the world, including London and the United States.

Awards and Recognitions
Bishop David Oyedepo awards include; International Who is Who of Intellectuals, 13th Edition of International Biographical Centre, Cambridge, England and Inscribed in the Jerusalem 3000 Scroll #102268 among others. He was also named in 2011 by Forbes Magazine as the richest pastor in Nigeria, worth over $150 million. He is presently the president of World Mission Agency Incorporated (WMA), a Christian Ministry Organisation with mission stations in over 40 African nations, also in Europe, Jamaica and America.

Marriage and Family Life
dailymail.com
Bishop David Oyedepo is married to Pastor Faith Abiola Oyedepo, formerly Florence Abiola Akano who he met when he was 22 at a motor park. They were married in 1982 and have four children; two boys and two girls; David Jnr., Isaac, Love and Joyce. His sons were ordained as pastors by Kenneth Copeland in May 2007.

Pastor David Oyedepo Jnr. is married to Kemi Olubu-Oyedepo and have 2 beautiful kids (a boy and girl) from their 6-year union. Pastor Oyedepo Jnr. heads the London branch of Winners Chapel and is also the Regional Overseer of the European Network of churches.

Pastor Isaac Oyedepo is currently in charge of the Winners Chapel International, South Africa. He tied the knot in 2010 with Ayomitide Omogbadegun and is blessed with 2 children from the four-year marriage.

Love Oyedepo-Ogah is also deeply involved in her father’s ministry although she is not ordained a pastor yet. She got married a while ago to her husband in a lavish wedding ceremony. Her husband, Stephen Ogah is one of Bishop Oyedepo’s personal aides.

Joyce Oyedepo, the last born of the Oyedepo family is a product of Faith Academy school owned by her father. Joyce is currently studying in America and has certain functions she performs in church during her stay in Nigeria.

Hobbies
His hobbies include; reading, reasoning, planning, and writing. He is a strong critic of corruption in Africa as a whole and poor leadership in government source:livingFaithGospelcentre