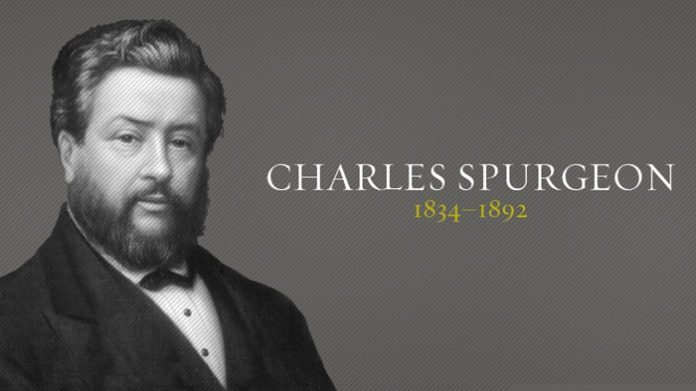 Charles Haddon Spurgeon is one of the greatest preachers and expounders of the gospel to ever come out of the UK. He spent his time in ministry travelling and teaching the word of God. Known as the “Prince of Preachers”, Spurgeon was famous for his firm, straight talking nature.

When Charles Spurgeon died in January 1892, London went into mourning. Nearly 60,000 people came to pay homage during the three days his body lay in state at the Metropolitan Tabernacle. Some 100,000 lined the streets as a funeral parade two miles long followed his hearse from the Tabernacle to the cemetery. Flags flew at half-staff and shops and pubs were closed.

The Biography, Life and Ministry Of Charles Haddon Spurgeon

Charles Spurgeon was born in Kelvedon, Essex, to a family of clerics. His father and grandfather were Nonconformist ministers (meaning they weren’t Anglicans), and Spurgeon’s earliest memories were of looking at the pictures in Pilgrim’s Progress and Foxe’s Book of Martyrs.

His formal education was limited, even by nineteenth-century standards: he attended local schools for a few years but never earned a university degree. He lived in Cambridge for a time, where he combined the roles of scholar and teaching assistant and was briefly tutored in Greek. Though he eschewed formal education, all his life he valued learning and books—especially those by Puritan divines—and his personal library eventually exceeded 12,000 volumes.

At age 15, Spurgeon broke with family tradition by becoming a Baptist. He attributed this conversion to a sermon heard by “chance”—when a snowstorm blew him away from his destination into a Primitive Methodist chapel. The experience forced Spurgeon to re-evaluate his idea on, among other things, infant baptism. Within four months he was baptized and joined a Baptist church.

His ministry began in the year of his conversion as a young man.

Spurgeon was raised in a Christian home, but was converted in 1850 at fifteen years old. Caught in a snowstorm, he took refuge in a small Primitive Methodist chapel in Colchester. After about ten minutes, with only twelve to fifteen people present, the preacher fixed his eyes on Spurgeon and spoke to him directly:

“Young man, you look very miserable.” Then, lifting up his hands, he shouted, “Young man, look to Jesus Christ. Look! Look! Look! You have nothin’ to do but to look and live.” Spurgeon later wrote, ‘Oh! I looked until I could almost have looked my eyes away.’ 1

The ‘Prince of Preachers’ was tricked into preaching his first sermon that same year. An older man had asked Spurgeon to go to the little village of Teversham the next evening, “for a young man was to preach there who was not much used to services, and very likely would be glad of company.” It was only the next day that he realized the ‘young man’ was himself.

Still a teen, Spurgeon began preaching in rural Cambridgeshire. He quickly filled the pews in his first pastorate in the village of Waterbeach. He had a boyish appearance that contrasted sharply with the maturity of his sermons. He had a good memory and always spoke extemporaneously from an outline.

His energy and oratorical skills and harmonious voice earned him such a reputation that within a year and a half, he was invited to preach in London, at the historic New Park Street Chapel. The congregation of 232 was so impressed, it voted for him to preach an additional six months. He moved to the city and never left.

As word spread of his abilities, he was invited to preach throughout London and the nation. No chapel seemed large enough to hold those who wanted to hear the “the preaching sensation of London.” He preached to tens of thousands in London’s greatest halls—Exeter, Surry Gardens, Agricultural. In 1861 his congregation, which kept extending his call, moved to the new Metropolitan Tabernacle, which seated 5,600.

His theology, however, remained more or less Calvinist, though he liked to think of himself as a “mere Christian.” “I am never ashamed to avow myself a Calvinist,” he once said. “I do not hesitate to take the name of Baptist, but if I am asked what is my creed, I reply, ‘It is Jesus Christ.’”

At the center of controversy

Spurgeon did not go unnoticed in the secular press. On the one hand, his sermons were published in the Monday edition of the London Times, and even the New York Times. On the other hand, he was severely criticized by more traditional Protestants. His dramatic flair—he would pace the platform, acting out biblical stories, and fill his sermons with sentimental tales of dying children, grieving parents, and repentant harlots—offended many, and he was called “the Exeter Hall demagogue” and “the pulpit buffoon.”

Spurgeon replied, “I am perhaps vulgar, but it is not intentional, save that I must and will make people listen. My firm conviction is that we have had enough polite preachers.”

Not only his style, but his convictions created controversy as well. He never flinched from strong preaching: in a sermon on Acts 26:28, he said, “Almost persuaded to be a Christian is like the man who was almost pardoned, but he was hanged; like the man who was almost rescued, but he was burned in the house. A man that is almost saved is damned.”

On certain subjects, he was incapable of moderation: Rome, ritualism, hypocrisy, and modernism—the last of which became the center of a controversy that would mark his last years in ministry.

The “Down-Grade Controversy,” as it came to be known, was started in 1887 when Spurgeon began publicly claiming that some of his fellow Baptist ministers were “down grading” the faith. This was the late-nineteenth century, when Darwinism and critical biblical scholarship were compelling many Christians to re-evaluate their understanding of the Bible. Spurgeon believed the issue was not one of interpretation but of the essentials of the faith. He proclaimed in his monthly, The Sword and the Trowel, “Our warfare is with men who are giving up the atoning sacrifice, denying the inspiration of Holy Scripture, and casting slurs upon justification by faith.”

The controversy took its toll on the denomination (which censured Spurgeon) and upon Spurgeon, whose already delicate health deteriorated even more during the year-long affair (he suffered from, among other things, recurring depressions and gout).

Spurgeon’s contributions were larger than his pulpit, however. He established alms houses and an orphanage, and his Pastor’s College, opened in 1855, continues to this day. He preached his last sermon in June 1891 and died months later, on 31 January 1892.