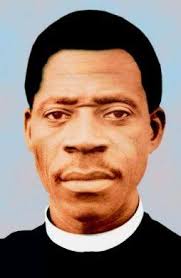 Joseph Ayo Babalola (25 April 1904 – 26 July 1959) was the first General Evangelist of the Christ Apostolic Church, popularly called CAC in Nigeria. He was credited with healing powers.

Born 25th of April 1904 to Pa David Lawani Rotimi and Madam Martha Talabi Rotimi in at Odo-Owa, Ilofa, in present day Ekiti Local Government areas of Kwara State, Nigeria, his mother narrated the several encounters she had before his birth, especially of how angels appeared to her on her way to the farm telling her of the mighty man she was about to birth. On the night of his birth, there was a very heavy rain fall and thunder like never before.

His father was a devout Christian and was also the founded CMS church at Ilofa/Odo-Owa, the Church was in sixteen other towns then. Babalola was brought up as an Anglican.

Early Life And Ministry
Joseph was brought to Lagos by his Uncle Mr. M.O. Rotimi who was a teacher at C.M.S. he went to elementary school at Oto-Awori near Badagry before he went to Methodist school at ago ijaye in ebute meta Lagos for just 2 years before he was enroll again at All saint M.C.S school in Osogbo, Osun State were he study to Nigeria Reader IV (primary 4) were he stop his education to learn Blacksmith for two years. He also learn Roller Driver under P W D (Public Works Department), he became a Steamroller Operator then under the control of the whites, learning to become a Steamroller Driver.

List Of Nigerian Pastors And Their Years In Ministry

After 15 days of learning to drive the caterpillar, he was able to drive it without any assistance. After nine months; he became a master in his class. A steamroller was first given to him on 1 April 1928 to work on the Osogbo – Ilesha road. On June 14, 1928 he was transferred to Akure – Ilesha road. Babalola was baptized in Lagos lagoon in December 1929.

Though he died several decades ago many CAC members still pray with his name. Whenever they pray they add Olorun Joseph Ayo Babalola. That is how much he is revered by CAC adherents. The CAC regards Babalola as an apostle and his revival ministry as the beginning of the church.

In 1931 Faith Tabernacle affiliated with The Apostolic Church with general headquarters in the United Kingdom (and not British Apostolic Church, as erroneously called by some authors). Then following a schism in The Apostolic Church about 1940, Babalola went with a group led by Pastors J.B. Akinyele and D.O. Odubanjo to form a new independent church, Christ Apostolic Church (CAC), where he continued his healing and revivalistic activities until his death. The CAC regards Babalola as an apostle, while in actual sense by real church ordination he was not at any time historically ordained into that office. A CAC retreat center was built at Ikeji-Arakeji, Osun State where Babalola was first called in 1928. However, Babalola was not the sole founder of CAC as many claim today but one of the trio of CAC Founding Fathers.